As mentioned before, I fell into the beginner’s craze when I first started. I had no particular goals in what I wanted to collect and just bought whatever fancied me. This year though was quite different. I realized where my interests lay at and started focusing on figures only from certain series. The amount of figures I was ordering thus toned down and I became sure of the things that I actually do want to purchase.

With that said, off we go on how my collection is looking so far in this year! I’m sure no one would really want to read the following long chunks of words, so feel free to just browse through the photos! I’m sure you’ll easily see the few focuses I’ve decided on too.

So, yup, they haven’t expanded since last year and are now all kept back into their original boxes. It’s not that I don’t value them any less; I still get the same surge of joy whenever I look at them too. Still, despite that, this collection has come to a closure and they do not hold a priority as figures to be displayed mainly because I don’t have enough shelf space and I have other figures I want to display more.

Here are a few old photos that I’ve taken in these two years to mark the end of my Bakuman. collection.

Yet another that had received an expansion closure. They are now stored in their original boxes as well. It’s a given that they’d always hold a place in my heart though, seeing how as they’re my first two figures and are also a gift from my brother. In fact, they received a bathing session back this February.

And again some old photos (with a cameo appearance of Hatsune Miku and Hachune Miku) to mark this closure.

One where the plan to expand it with some scale figures was aborted plainly because I somewhat lost my interest in it. Durarara!! was an interesting show and I still find the characters to be great people but I’ve still sadly lost my attachment to them. Now they’re kept back into their original boxes and I’ve been wondering on what I should do with them as of lately.

I have so little old photos of them even for a closure that I actually feel guilty.

After announcing three closures, we’ve finally come to one collection that has not met the same fate and instead, had expanded by 6 members from the same figure line (DXF by Banpresto) and a few small other little chums! Now I finally have a complete Yorozuya gang and also the few main guys from Shinsengumi (though I’ve yet to unbox two of them)!

I mentioned last year that I had plans of getting a few Gintama figures from the G.E.M line but I’ve aborted that too. I feel satisfied enough with this collection being built from just a bunch of prize figures and so it shall stay this way. I’m definitely looking forward to Kyubei and Bansai joining this family but seems like there hasn’t been any more news of them recently, sadly.

Shocked! This collection has expanded so much, even I think I’ve bought a little too many Nyarukos! But when I look at them, I simply just can’t find any Nyaruko that I’d be willing to rid of because each of them all have their own charm crawling right beside me!

The thing about having this collection that gives me a headache is that being the mild completionist I am, there are still quite a few other Nyarukos out there that I’d like to get! However, you see, I become less keen in getting them when I know I have no more display space for them so they’ll continue to be on my wishlist for now.

Those few are Media Factory’s, which I honestly find it kind of boring actually; Sega’s, for the fact that she’s in a swimsuit!; Griffon’s, which is one that finally has a more unique outfit!; and another of Sega’s which I wish to have known its existence earlier so I could have waited to get it in place of its variant. 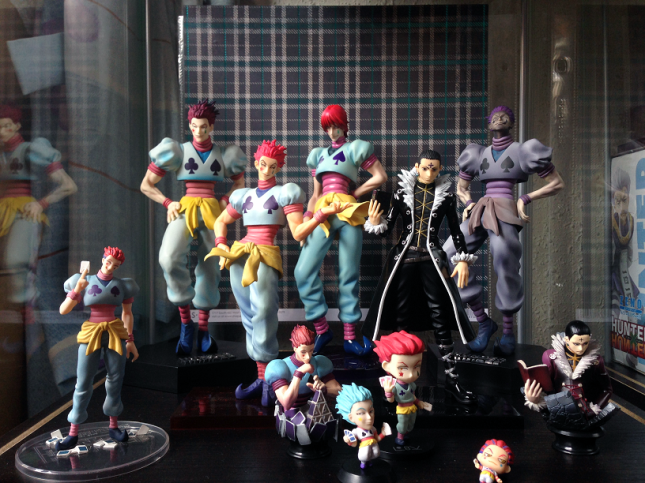 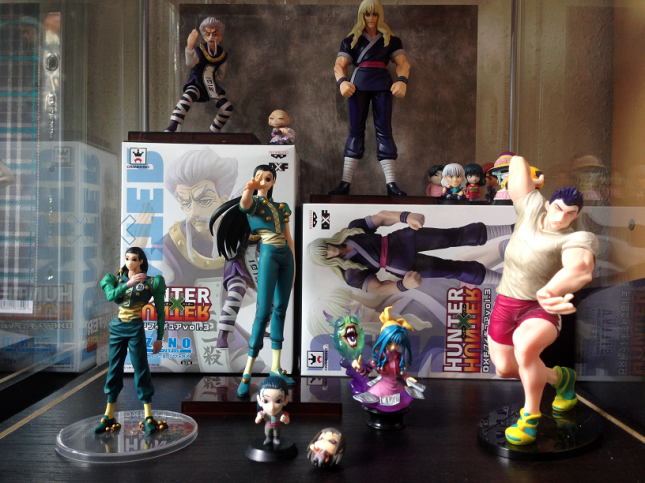 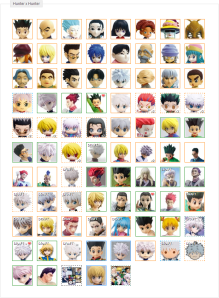 This group has grew crazily from occupying just one shelf cubicle back in the days to five and HUNTERxHUNTER isn’t even my favorite show of all time! (Gintama is the first) It’s insane, but I have no regrets because I do love all these characters a lot. It’s delightful that the characters each have their own distinct colors that doesn’t clash with one another too. I mean, just look at how colorful they make my shelves look!

There hasn’t been news of any new HUNTERxHUNTER figures being created which is kind of nice because I’m already being dominated by tons of them but I wouldn’t hesitate to get any new ones either. The show is still ongoing, so I guess I can expect more of them to come along. I’m still waiting for a Leorio figma too… Max Factory, Leorio figma, where. Also, I think it’s time for the Killua figures to have a more drastic change in outfit besides just wearing a new track pants. Either way, I’ve been in the progress of hunting down all of the items that are Killua related!

Well, whatever it is, I wonder what new HUNTERxHUNTER figures are in store for me next!

Oh, and here’s an old photo of the same — but smaller — collection displayed back in September last year just for fun. Really gives me a great feeling of nostalgia. 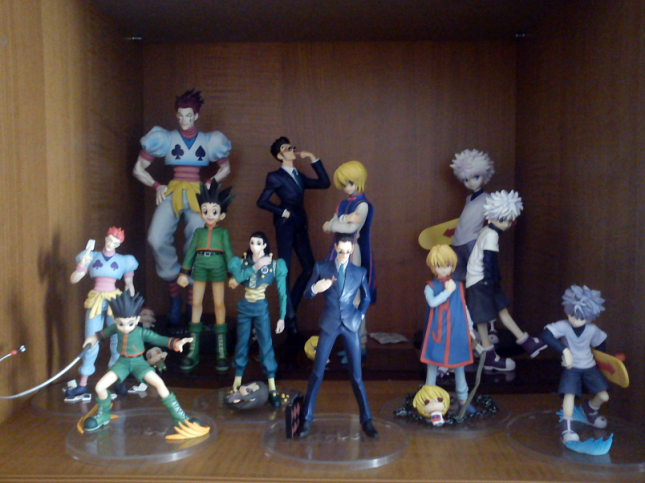 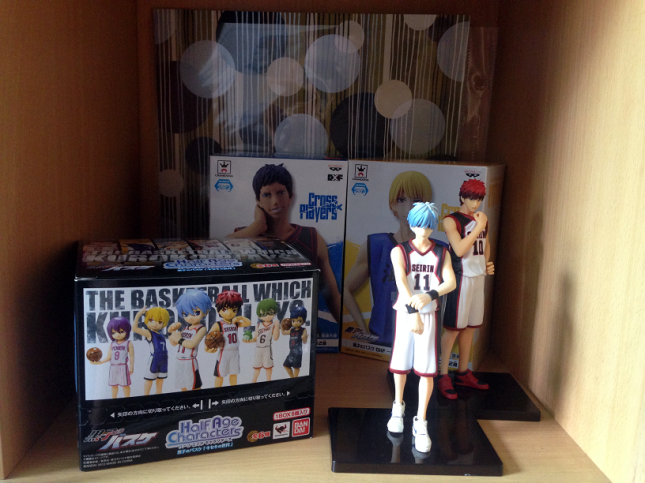 Oh, what’s this? A new branch of family? That’s right! I started a Kuroko’s Basketball collection this year. I’ve yet to unbox quite a few of them though!

It seemed like various companies just decided to overwhelm their consumers by giving sudden releases of a big amount of Kuroko’s Basketball scaled (by scaled, I mean not chibified) figures all at once this year and I got caught up with the hype too.

I’m a very happy customer from all the figures I’ve gotten from Banpresto’s DXF line of figures so I did not have a single doubt about ordering the Kuroko’s Basketball’s DXF figures too but alas, they turned out to be quite disappointing in the end so it’s great that Megahouse has started their very own new line of Kuroko’s Basketball figures! They are looking fabulous so I’m pondering over if I should get the remaining DXF figures just to complete the existing group of em’ or to just focus on Megahouse’s figures of them. Ah, choices, decisions… Choose!! 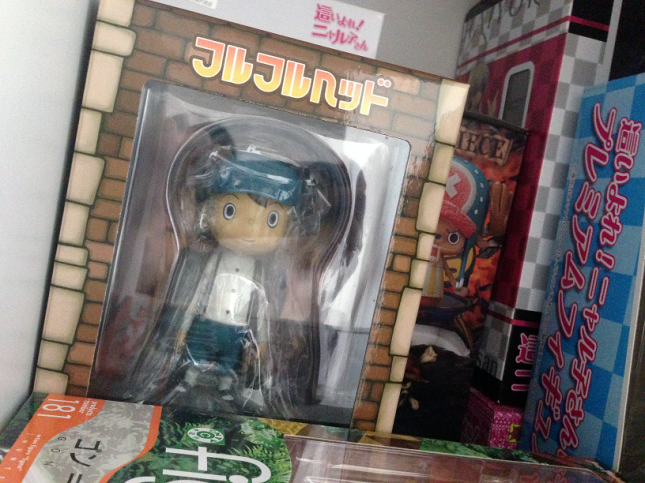 How exciting. Yet another new family was added into the mix, though right now, it only consist of just one small little fellow — Luke Triton!

On a side note that’s not related to figures, I’ve collected the games as well though I’m missing the first game in the series — Professor Layton and the Curious Village. 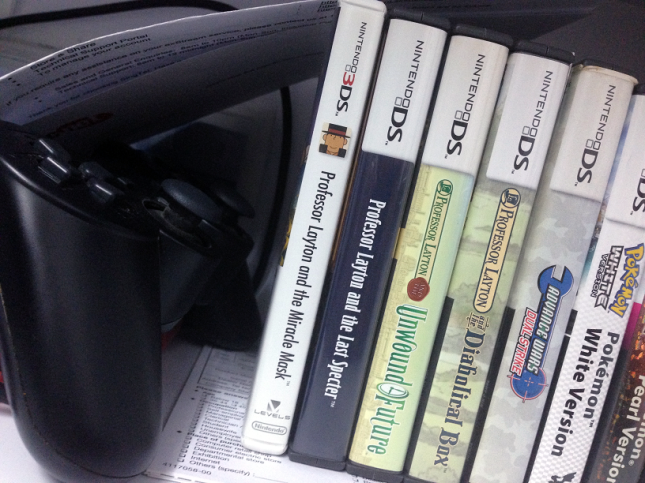 Oh? And I think I just got some inspiration to solve a puzzle. ♪ 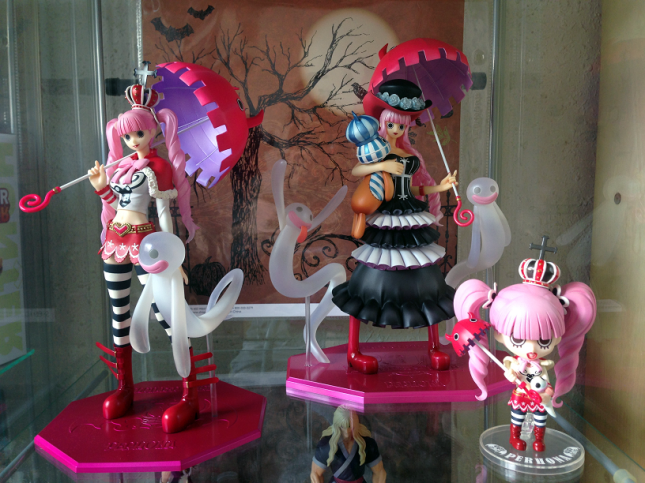 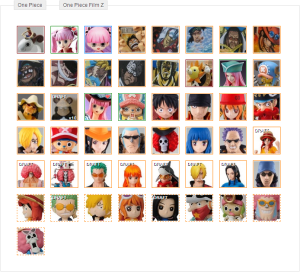 This boat grew in both variety and size!

I’ve gotten a set of figures of the Straw Hat Crew as desired but it’s too bad they’re not in their usual outfit but are instead, the versions from One Piece Film: Z. The only reason that I decided to get this set is because my older brother wanted it and so we shared the cost.

However, though I’ll continue to sail along with the crew on the ongoing show, I believe I’ll be taking a break from the figure ship of it since there are nothing more out there of it that interests me greatly.

Oh, and Perona’s in a different shelf cubicle because I’m just bias like that. She’s my favorite character in One Piece and so I wanted her display to look a bit more impressive and fancy.

A few photos to mark the end of my sailing journey in this.

I started this collection on impulse and have sadly lost my passion for it so the plan to obtain Remilia’s nendoroid to join Flandre has been aborted. I even lost one of Sakuya’s precious knife. /lies on the ground and cry/ Now they’re both neatly packed in their original boxes for safekeeping, knife still unfound.

And yes, some old photos to mark this closure (with another cameo appearance of Hatsune Miku), along with a short comic I made back when Sakuya still had her second knife.

I feel immensely remorseful for having to chuck them into a corner whenever I look at the photos I’ve taken of Flandre. Just look at that smile. Her smile is dazzling vibrant and filled with so much cheers as if she’s expressing how delightful she is to be here with me that it crushes my heart badly to be doing this. Well, they’re still going to be in their boxes at the corner but I affirm you that they’ll be here to stay — in my room, right by me. Mother’s definitely not letting you little ones be abandoned anywhere! ヽ(｡´□｀。｡)ﾉ 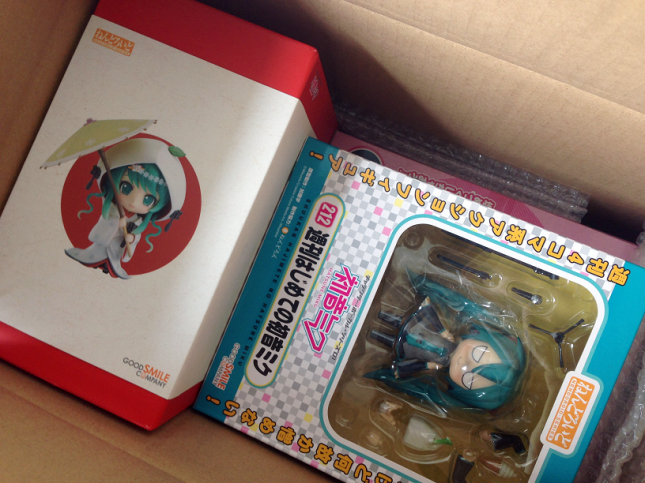 The Vocaloid petites were the first few little buddies that I wrote my reviews on so they hold a special place and I still find the Shuukan Hajimete no Miku nendoroid really adorable. To me, she’s like a friend that has been through a lot of hard times and is easily depressed but can still be very nice and understanding of you. Well, at least that’s what her face plates tell me anyway, haha. As for Snow Miku 2013, she doesn’t appeal to me as much now as compared to when I first saw her but she comes with a gorgeous outfit and some great accessories that I’d like to use/exchange with other nendoroids.

The Kagamine Twins are still my favorite Vocaloids (I favor Rin the most though) but I have other figures from other origins that I want to spend my money more on so I won’t be getting anymore Vocaloid figures anytime soon.

Now for some past photos as a proper closure.

The last collection in the list — my beautiful waifu collection. Yes, waifu.

This used to be my favorite collection out of everything but it has now fallen to second (my Killua shrine’s the first currently) but nevertheless, it is a collection that I am extremely proud of and love. Even I was surprised myself that I managed to add a few new items to it this year. As you can see, I obtained two plushes of her separately which are both limited and exclusives at a price that I can afford! Ah, such bliss! It is not yet the end of this collection, however, and I’ll explain why near the end of this post!

Whew, finally. That was a really long trip down my whole collection! But with several closures and just a small amount of newly started collections, I anticipate this section to be shorter next year… Well, it’s a hopeful thought.

Anyway, from being able to arrange each collection onto my fellow table companion for the photos to having to try and squeeze them all into one shot now really makes me feel like a proud mother watching my little ones grow. I mean, they have grown so big in size since that they can’t even fit on the very same table they used to sit on anymore. I’ll definitely continue to work hard to give all of them an equal amount of love, care and protection!

A summary of my collection so far taken from myfigurecollection.net (MFC) to conclude this page! Now onward to the title giveaways! Whoop!